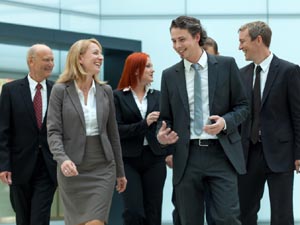 I think we underestimate this asymmetry.

The taking of initiative by team members can be a fragile thing. It’s much, much easier to shut it down than get it going in the first place. The truth is we really don’t need to worry that we can stop something if we need to do. That’s all too easy. The difficult part is switching people on in the first place. We need to nurture that.

It’s so easy to fall in to the trap of thinking we should be in control of what happens at all times. That may seem to be what’s expected of us, or so we think anyway. But that sucks the energy out of any initiative. The effort becomes just our energy then—ours alone. That’s a lot less than the energy of the group.

Instead, we need the art of the light touch and the continuance of trust.

Unless, that is, we believe a heroic, solo effort from ourselves is the right way—that we’ll somehow be stronger than a whole organisation full of people.

Most of the time, we won’t be.

It’s not so comfortable to allow something to happen and not be in full control, but for others to take and sustain initiative that’s the path we need to follow.