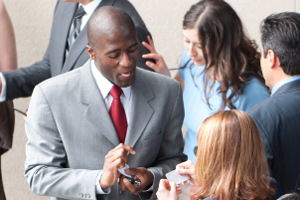 We’re familiar with the phrase “walking the talk”—acting in accordance with what we say, being genuine and congruent—which is a vital part of relating effectively to other people.

Sometimes we might be accused of not walking the talk. I certainly have been. Our first reaction might well be some self-examination looking for where our integrity has been out. And often, we’ll come up with something where, yes, we let ourselves down.

We never said the thing we’re accused of not being. We didn’t paint that picture. Maybe we’ve fallen down against the other person’s views, not our own. Now that’s something to take seriously and the feedback may be crucial.

The thing is though…

Personal authority and connection with other people comes from walking our own talk, not someone else’s.

Where might you benefit from making sure you’re consistent with yourself rather than someone else’s ideas?