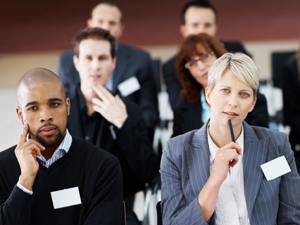 Do you even give yourself time to think?

Culturally, in the West at least, we behave as if we’re expected to move into action quickly, and usually we are.

But what if the action we take isn’t the right action?

An action taken in haste is often exactly the opposite of what a measured response would be, one that is sensitive to the longer term, systemic effect. Reacting to the symptoms of a problem, otherwise known as events, often makes the underlying fundamental problem harder to solve. Some time to reflect might develop that understanding.

We have a choice…

React to events, or give pause and address the underlying issue?

Worth bearing in mind when we deal with other people, whether professionally or personally and it applies to families just as much as to organizations. Developing either is more successful when we appreciate the system we are dealing with.

Buddhists would say: Right vision, right intention, right action, in that order, and with emphasis on vision.

Creating the space for others to think before they act is likely to bring you better results, especially in the long run.

Just remember, you’re swimming against the cultural tide in doing so. And that’s why it matters.