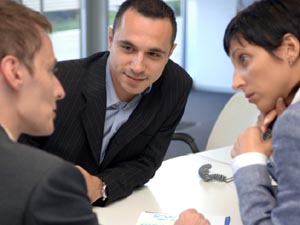 When there’s a problem, we tend to try and evolve things from how they are now. That’s natural. It’s logical to start from where we’re at. It’s the obvious thing to do.

Sometimes it works better to decide how we would like the relationship to be at some point in the future and then act as if it’s already that way now.

That can be difficult. It can seem ridiculous.

It can also work.

How do you want to look back on the present difficulty from the perspective of a year, say, or maybe longer?

Want to be good at getting unstuck and at moving things on?

Then work back from the future.