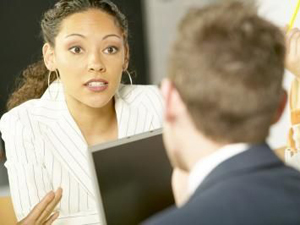 Sometimes it feels like we’re actors in a drama, just showing up on stage and saying our lines.

We’re creatures of habit. We repeat the same patterns over and over, unconsciously for the most part.

That’s also true of our interactions with other people. We go through rituals with them—set patterns with particular individuals. One action leads to a particular kind of response; that in turn results in another action of ours and so on.

It only takes one of us to disrupt the pattern. Almost any change to a step in the sequence will break the mould and probably result in the other person becoming aware of the need to do something different as well. We don’t need to rely on that though because we’re no longer fuelling the fire ourselves.

The first step is to notice there is a structure, and then decide how to take the energy out of it, if it’s a problem. Just saying “you could be right” instead of “I’m not sure about that” might be enough.

In other words, turn left where you usually turn right. After you’ve noticed you have a choice, that is.

Which patterns could you do with interrupting?

(Some may be worth reinforcing, of course, if they lead to useful outcomes.)

Do you notice when you have a choice—when you could take different turning? Or do you roll right on by?